It looks like you're new here. If you want to get involved, click one of these buttons!

Code Critique: A Turing Machine in a Spreadsheet

The Turing Machine is the hypothetical contraption Alan Turing described in "On Computable Numbers, with an Application to the Entscheidungs problem." One team of Netherland-based developers, including Felienne Hermans, were at a retreat when they decided to try to build on in Excel.

In addition to examining this use of a spreadsheet to create a Turing Machine, I would like to open up the discussion about spreadsheet programming. First, of all, so much research depends on work done in spreadsheets. Consider this small example of spreadsheet work gone awry. However, seeing this work in spreadsheets as programming may seem counterintuitive. I recently had a conversation with UCLA's Todd Millstein, who demonstrated the conditional statements and loops that can be written into spreadsheets (and pointed me toward that previous example). But certainly, most of this work does not look like our conventional concept of "coding." The interface metaphor itself is distracting. However considering even formulas in spreadsheets as programming starts to dissolve the conceptual boundary between programming and mathematics. Perhaps the Turing Machine is a good place to start because it is self is a mathematical model/specification/thought experiment. 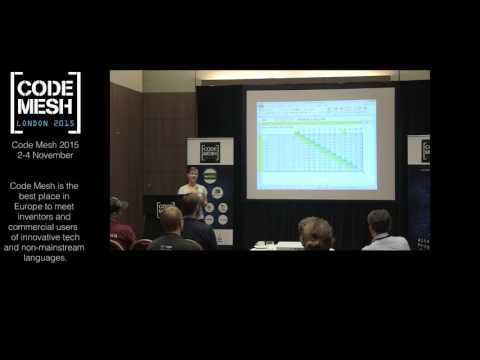 But specifically: What does this implementation of a Turing Machine teach us about Turing's formulation of this model?

I suspect this piece in particular might speak to @ebuswell's discussion of state in "Creative and Critical Coding. Coding as Method?"